Manasseh: A Rebel without a Clue 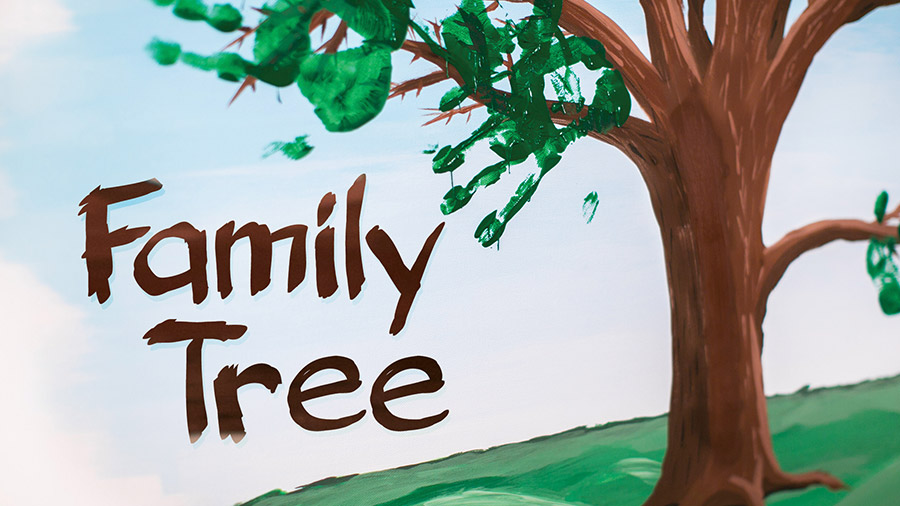 Spend the week studying 2 Chronicles 33:1-20. Consult the commentary provided and any additional study tools to enhance your preparation.

Determine which discussion points and questions will work best with your group.

Pray for our pastors and this week’s message, the upcoming group time, your group members, and their receptivity to God’s Word.

Focus on the Main Point. If there are unrepentant and rebellious people in your family, remember that God can redeem anyone.

When you were younger, were you more likely to follow all the rules or did you take more liberty with the rules?

What are some common reasons people rebel against their parents’ rules and beliefs?

Each of us has a bent to either follow the rules or break them. Some children embrace the approval of their parents and lovingly follow their rules, while others reject any form of guidance and restraint. While most people live somewhere between the two extremes, we all know people who drift to either end of the spectrum. Manasseh lived on the rebellious end. The son of one of Judah’s most righteous kings, Manasseh did not follow in his father’s footsteps; instead, he eclipsed every wicked king with the level of his sin and rebellion. Luckily that was not the end of Manasseh’s story. Today we will see that God’s grace is big enough to include even those who seem the furthest away.

Select 3-5 questions to discuss as a group.

Read 2 Chronicles 30:20-21. What type of man and king was Hezekiah? Why is being a godly parent not a guarantee that you will have godly children? How should we relate to our ungodly children to point them back to Christ?

What type of man was Manasseh according to these practices? Why type of sin was he involved in? Who was ultimately responsible for Manasseh’s actions, Manasseh or his father Hezekiah? Why?

Manasseh was not the ideal child, man, or king. He worshiped idols, undid all the success and reform of his father, and even sacrificed his own children to false gods. Manasseh did more evil than any of the nations around him. When a child from such a good family turns out so poorly, it is understandable to ask the question, “What happened?” Is this Hezekiah’s fault? The Scriptures do not say whether or not Hezekiah was responsible in any way, but they do make clear that God held Manasseh accountable for his actions. It is easy to beat ourselves up when a family member we are close to doesn’t turn out like we would hope, but we cannot blame ourselves. Instead, we trust God and hope in His plan for that person’s life.

What did God do to bring Manasseh to repentance? How can we tell when the Lord is trying to get our attention? What has He used in your own life?

As painful as it may be, why do we sometimes need to let people feel the consequences of their poor decisions? What lesson does that teach that we could never teach if we tried?

Manasseh pursued his sin wholeheartedly. All the while, God continued to pursue Manasseh. God brought on Manasseh the weight of his judgment when he was abducted and humiliated. The consequences for Manasseh’s actions were dire, but God used them to get through to Manasseh. God’s judgment did the trick—Manasseh repented and returned to God. Sometimes the only way for us to get through to our wayward friends and family is to let them feel the weight of their actions.

If our rebellious family member or friend comes to us in repentance, do we ever have the option to not accept that person? Explain.

What steps did Manasseh take to show that His commitment to the Lord was sincere? How do we acknowledge that repentance is earned without expecting people to continually earn our approval over and over again?

Restoration is earned. It is understandable to be suspicious of rebellious family members when they want to return to the fold; but if there is evidence of repentance, we should take steps to accept them in whatever ways we are able. When we are faced with rebellious family members and hurtful situations, we should humble ourselves, call on God in prayer for them, and allow the love of God to change us.

Select one question from this section to answer.

When God saved you, how did He cause you to realize the error of your ways like Manasseh realized his? What hope does the restoration of Manasseh give to those who are living with rebellious children?

Have you ever been the wayward family member? How did that make you feel? What did you learn from your experience? Was there anything a family member could have done to get through to you?

Select one question from this section to ask your group.

How might being gracious, forgiving, and accepting of the “Manassehs” in your family lead them to see the grace of God in you and accept it for themselves? Is God using anyone in this small group to bring a wayward family member home?

Pray to God for all the families you know who were disrupted by the actions of a rebellious member. Ask God to give them the grace and wisdom to lovingly lead these people back to Christ. Thank God for redeeming you when you were outside of His will. Acknowledge that each of us are only one poor decision away from heading in the wrong direction, and thank God for His preserving love in your life.

33:1. Manasseh: Thirteenth king of Judah; son of Hezekiah; extreme idol worshiper; repented while in exile in Assyria; promoted worship of God upon return to Jerusalem.

33:1-6. Since Manasseh was only 12 years old when he came to the throne, he would not have been alive at the time of the miraculous victory over the Assyrians. Furthermore, much of his early life was the time when Hezekiah’s pride stood in the way of full devotion to the Lord, thus setting a negative example for Manasseh. Finally, when we consider that Manasseh reigned for 55 years, we can get away from the idea that the complete reversal, which we associate with his reign, occurred almost all at once. Nevertheless, this king not only undid everything good that Hezekiah had done, but he brought the entire kingdom to a new low in idolatry and disobedience. He rebuilt all the sites for idol worship; he burned his sons as pagan sacrifices; he immersed himself in the occult; and ultimately he brought the entire nation down with him.

33:7-9. Manasseh even brought idols into the temple. The summary statement that they did worse evil than the nations the Lord had destroyed before the Israelites is a horrifying assessment. When God made a covenant with David and Solomon, He made a three-way connection between His dwelling in the temple in Jerusalem, the people dwelling in the promised land, and obedience to the law. If Manasseh led the people in disobedience and displaced God from His temple, then they would be dispossessed from the promised land, just like the Canaanites before them.

33:11-13. The ultimate punishment that God had always held out as a possibility now came to pass. Manasseh was captured and carried off to Babylon by the king of Assyria. The parallel passage in 2 Kings 21 does not mention this exile and humiliation, nor does it say that he repented and returned to the Lord. It was a sincere repentance that God honored, so Manasseh was able to return to Jerusalem and take up his duties as king once again.

31:14-17. Manasseh attempted to undo all the damage he had caused. He repaired the destruction that had been wrought by the Assyrian invasion; he purified the temple; he removed the idols; he reinstituted regular sacrifices; and he instructed the people to serve Yahweh. They did restrict their worship to Yahweh, but did not return to legitimate worship at the temple.

33:18-20. Manasseh’s death notice includes references to the sources for the events that are related in 2 Kings as well as for this particular record of his repentance. He was not buried in the area reserved for kings but was laid to rest in his own house.