A God Who Can Make You New 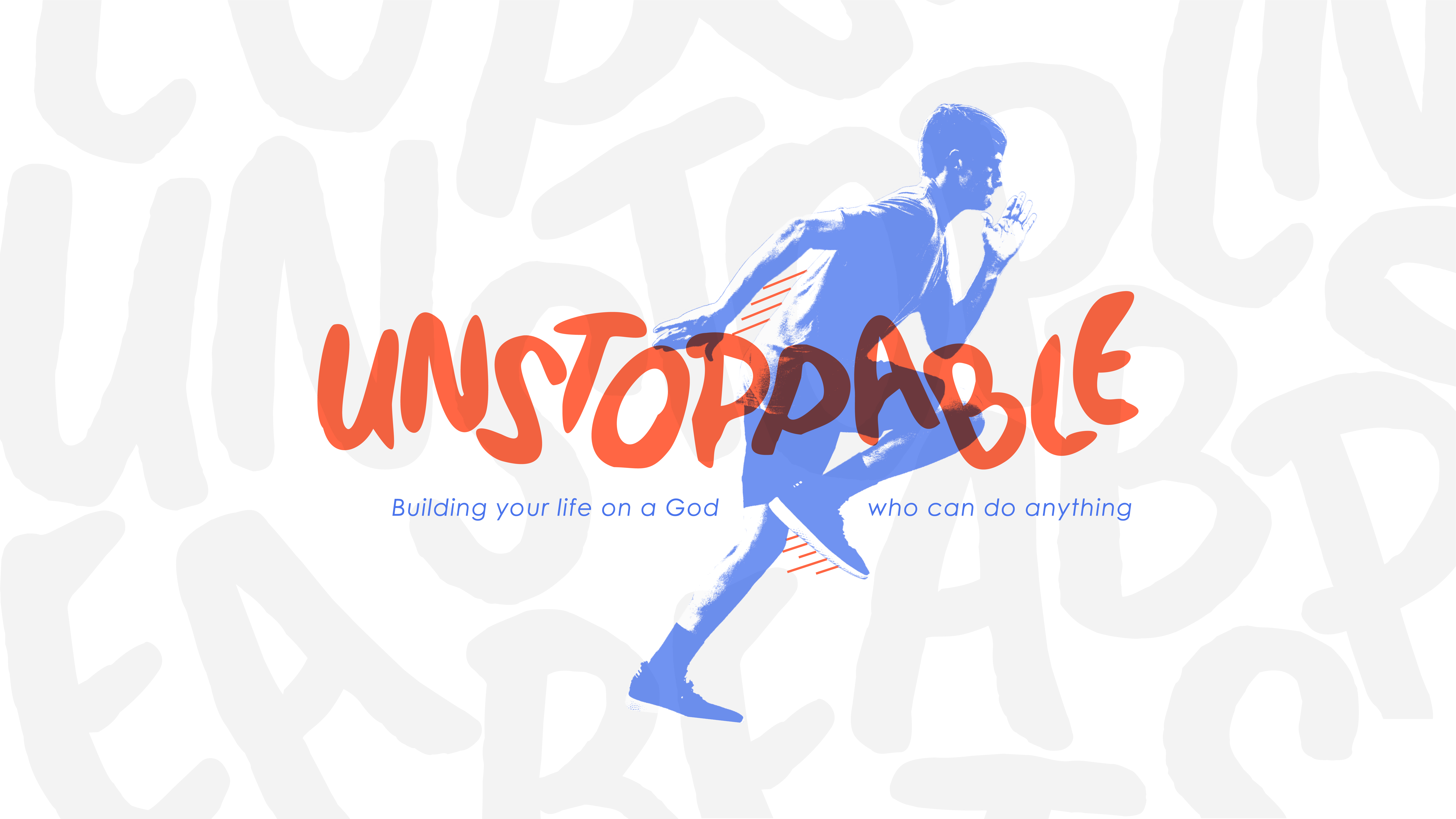 STUDY | Spend the week studying 2 Kings 5:1-14. Consult the commentary provided and any additional study tools to enhance your preparation.

LANDING POINT | Obedience sets the stage for God to do miracles in my life.

Jesus was in Jerusalem for one of the Jewish feasts. One day He was walking by the Sheep Gate in the city when he noticed one of the invalids near a pool they called Bethesda. He had been unable to walk for thirty-eight years. Jesus approached the man, knelt down, and asked him a question: “Do you want to be healed?” The man responded, “Of course I do. But there’s no one to help me into the pool” (Jews believed that the pool had healing qualities). Then Jesus told the man, “Get up, take your mat, and walk.” Immediately, the man was healed and felt the strength returning to his legs. He stood up and the crowd was stunned. He picked up his mat and walked away a new man.

Jesus continues to ask the same question today: Do you want to be healed? Jesus came for the sick, not the well. He takes the broken and restores them. This is a message of real hope. Jesus is the Healer, who can make you new.

Read: John 5:1-9. Imagine yourself in the invalid man’s position. How would you feel after thirty-eight years of not being healed?

Q: Where have you seen Jesus’s healing in your life?

A Faithful Servant Points the Way

Once there was a commander in the Aramean army called Naaman. He led the Aramean army to victory over Israel and was renowned among his people. Despite his might deeds, Naaman had a problem. He was a leper, a disease that made you despised and outcast (see commentary notes).

There was a little girl among the captives who saw Naaman’s pitiful condition. It’s likely Naaman murdered or, at the least, tortured and mocked her friends and family. Yet, her heart was moved with compassion, and she told her mistress, “He needs to go see a prophet in Samaria! He could heal him.”

Q: How does the servant girl go the extra mile to love Naaman like Jesus loves?

Word got to Naaman about this prophet who might heal him. He got permission from the king and made way for Israel to seek this prophet. When he arrived, the king of Israel was in disbelief. “Am I a god? How can this be possible?”

Eventually, Elisha learned of Naaman’s situation and sent word to Israel’s king: “Bring him to me, so that he may know there is a prophet in Israel.” With the pomp and circumstance of mighty horses and chariots, Naaman arrived at Elisha’s home. He knocked and there was no answer. Then one of the prophet’s servants answered the door and told the commander, “Go wash yourself in the Jordan seven times and you will be healed.” Naaman was insulted and enraged. “How could it be this simple? Just go down to the Jordan River and wash myself? Aren’t there rivers in my homeland better than the Jordan?”

As Naaman stomped away in a huff, one of his servants ran to him and said, “This is a good word given to you. Why not just give it a shot? Just go, wash, and be clean.” Naaman listened to his servant and made his way to the banks of the Jordan. He waded into the river and began to wash. Then, miraculously, his leprous skin became soft as a newborn baby. God healed this enemy of Israel and made him new.

Q: Why was Naaman so angered by Elisha’s simple instructions?

Q: Recall a time when God showed His healing power in your life or the life of another. Share with the group.

One character who can easily be overlooked in the story is the servant girl, who pointed Naaman to Elisha. Imagine her situation. Naaman and his army had taken her captive. He was hated among her people. To see him suffer the effects of leprosy must have been gratifying for many of this girl’s kindred. “He’s getting what he deserves, the scoundrel.” This servant girl didn’t think that way. Her heart stirred within her and she loved her enemy. She wanted Naaman to experience God’s healing and restorative power.

This servant girl is a model of what it looks like to love your enemies. She had every reason to hate Naaman. Yet, she loved him, and pointed him to her God, who could heal and restore him. Her love was powerful and counterintuitive, which is exactly how Jesus calls us to love others every day.

Q: Why is it hard to love your enemies?

Q: What’s one practical way you can love counterintuitively like this servant girl?

A Measure of Surrender

Before God could heal and restore Naaman, He needed to humble him. He did that through Elisha. First, Elisha didn’t even come to the door to great this mighty commander of the Aramean army. This must have miffed Naaman something awful. Then the prophet has the audacity to tell Naaman to simply go to the Jordan and wash himself seven times. He doesn’t require that Naaman do some mighty deed or prove his worth. No. Naaman’s task is simply to surrender and obey the prophet’s command. Nothing more, nothing less.

There is power in powerlessness and submission. When you see that you have nothing to offer and simply submit to Him, God can do miraculous and powerful things in your life. Humility and surrender pave the path to God’s healing and restoration.

Q: Why must humility come before healing?

Q: Where would you like to see more of God’s healing and restoration in your life?

What God Won’t Do for You

The Gospel gives you hope that God can transform you. Real change is possible. No sin, addiction, or road block can make God powerless to change you. His transforming power is available to you, but there is an important step you must take to see that power at work in your life. You must first repent, turn from sin, and turn to Him in humble dependence like Naaman. There is no real change and healing without repentance.

Q: Where is God calling you to repent and turn to Him in humble dependence?

Blessed Are the Broken

The first words Jesus spoke in the Sermon on the Mount were, “Blessed are the poor in spirit” (Matt. 5:3a). Jesus began His greatest sermon on how to live life in God’s kingdom by saying that you are blessed when you’re honest about your brokenness.

Like Naaman, we want something to do in order to prove our worth. The Gospel tells that there is nothing we can do to earn God’s grace and healing. He gives it freely to those who are willing to accept it as a gift.

Q: What’s one thing you can do this week to remind yourself that God blesses those who admit their brokenness?

Where do you need healing and restoration? Be honest with God and admit your need. Admit your brokenness and look to Him as the Great Healer, who can make you new in places where there has long been pain, wounds, and sickness.

How Much Are You Willing to Pay?

Six thousand shekels of gold would have amounted to the yearly earning of 600 workers. Naaman was willing to pay an extravagant amount of money in order to be healed.1 Despite his willingness to pay big, God’s requirements for the proud Naaman were a humbled heart. How much we have or are willing to give is not as important as how much we are willing to submit and be humble before God about our need and dependence on Him.

“Generic term applied to a variety of skin disorders from psoriasis to true leprosy. Its symptoms ranged from white patches on the skin to running sores to the loss of digits on the fingers and toes.

For the Hebrews it was a dreaded malady which rendered its victims ceremonially unclean—that is, unfit to worship God (Lev. 13:3). Anyone who came in contact with a leper was also considered unclean. Therefore, lepers were isolated from the rest of the community so that the members of the community could maintain their status as worshipers. Other physical disorders or the flow of certain bodily fluids also rendered one unclean (Lev. 12:1–14:32; 15:1–33). Even houses and garments could have “leprosy” and, thus, be unclean (Lev. 14:33–57).”2

Along with Rahab (Josh. 2:9-13), Ruth (Ruth 1:16-18), and the Ninevite sailors (Jonah 1:16; 3:6-10), Naaman stands as one of the great examples of Gentile conversion in the Old Testament. God wants to bless all the nations of the earth through Israel. That is seen in how God uses the Israelite servant girl and Elisha to heal and convert an Aramean ruler far from God.3