Is That Discipline Enough? 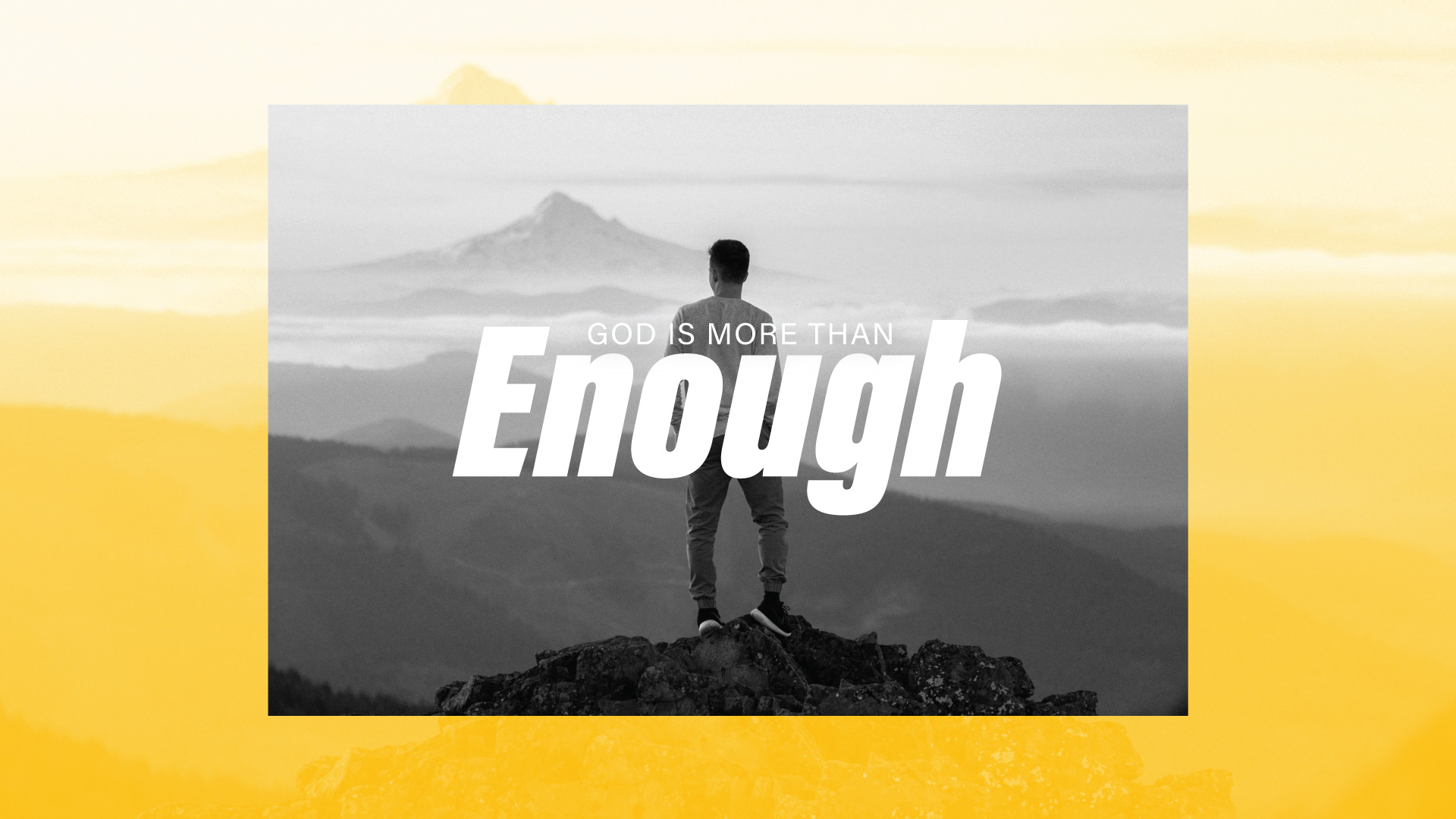 STUDY | Spend the week studying 2 Corinthians 2:5–11. Consult the commentary provided and any additional study tools to enhance your preparation.

LANDING POINT | I am called to seek restoration by forgiving, comforting and reaffirming my love.

A FACE SHE RECOGNIZED

During World War II, Corrie ten Boom and her family harbored Jews in their home. The Nazis caught wind of what was going on and raided the home. Corrie and her family were arrested. Eventually, Corrie ended up at a death camp. Corrie endured hatred, terrible conditions and horrible treatment. She overcome much in that time. But it wasn’t Corrie’s strong will that helped her survive, it was her faith.

Miraculously, she escaped death when a clerical error got her released from the camp. Corrie went on to tell her story as a witness to her faith to anyone who would listen. In her book The Hiding Place, Corrie recalls a story many years later when she was speaking at a church in Munich and saw someone she recognized. It was one of the former S.S. guards in her camp. At once the awful memories of her time in the camp came flooding back.

The man approached Corrie, extended his hand and said, “I am so grateful for your message. To think that Jesus has washed away my sins!” But she kept her hand by her side. Corrie remembers,

Even as the angry, vengeful thoughts boiled through me, I saw the sin of them. Jesus Christ had died for this man; was I going to ask for more? Lord Jesus, I prayed, forgive me and help me to forgive him. I tried to smile, I struggled to raise my hand. I could not. I felt nothing, not the slightest spark of warmth or charity. And so again I breathed a silent prayer. Jesus, I cannot forgive him. Give Your forgiveness. As I took his hand the most incredible thing happened. From my shoulder along my arm and through my hand, a current seemed to pass from me to him, while into my heart sprang a love for this stranger that almost overwhelmed me.

And so I discovered that it is not on our forgiveness any more than on our goodness that the world’s healing hinges, but on His. When He tells us to love our enemies, He gives, along with the command, the love itself.1

Perhaps you can relate to Corrie’s story and how hard it can be to forgive those who have caused you great pain and heartache. Chances are, that when you read that last sentence, a painful episode came to mind. Maybe, for some, that experience still lingers with you.

Q: How would you feel if you were in Corrie’s position?

Q: Why is forgiveness so hard to extend?

A SITUATION IN CORINTH

This week your group will look at a situation in the Corinthian church. Someone was being disciplined by the church for a sin they had committed. Paul had forgiven the offender and called the believers in Corinth to do the same. He said, “That’s enough. It’s time to restore this person with love, comfort and forgiveness.”

Q: Recall a time when you needed to forgive someone, and it was hard. What made it so difficult?

Near the beginning of his second letter to the Corinthians, Paul addressed the issue of causing others pain. Apparently, something happened in Corinth. We aren’t given many details. What we do know is that this person had brought hurt and possible division into the community. In response, the church disciplined on the offender. While Paul didn’t disagree with the church’s punishment, he was quick to tell his readers, “That’s enough. Their punishment is sufficient. Now, turn to them. Don’t turn away. Forgive and comfort them. Don’t be harsh; don’t heap excessive grief on them. Give them the chance to be restored and reaffirmed by your love.”

Read: 2 Corinthians 2:5–11. Why is church discipline necessary in this case?

Q: How can we be harsh towards others who have sinned against us? Why is that counterproductive to restoration?

A TEST IN OBEDIENCE

Paul had already forgiven the offender. For the Corinthians, however, this would test the limits of their love. Obedience to God meant learning to love like Christ, forgiving and seeking restoration. Being obedient would strengthen the bond of love in their community. It would also be an example of Christ, who forgave those who sinned against Him. Disobedience, though, would play right into Satan’s efforts to divide their community.

Q: How does obedience to God make you more loving and united as a community?

Q: Do you have people in your life that encourage you towards obedience to God?

Jesus gave His church the authority to exercise church discipline to keep believers from falling into sin (Matthew 18:15–18). Sin, when left unchecked, will spread like a deadly virus in a community. Jesus didn’t want that. He wanted His followers to address sin and restore the sinner when he or she repents of it.

In this week’s passage, Paul gives us three steps to restoration:

Q: Recall a time when someone forgave you. How did it feel to be forgiven?

Q: What are some ways that you can reaffirm your love with someone?

SPIRITUAL POWER AGAINST THE ENEMY

R.C. Sproul says, “The purpose of church discipline is to restore, not to destroy or take revenge.”2 Satan, on the other hand, is out to destroy and divide. He draws on all his cunning to do this in communities devoted to Christ. Therefore, we should be aware of his devices. But we don’t fight against him in our own strength. As a community, we should hold fast to Christ and remember that He is the One who has already defeated Satan. Christ defeated him at the cross (Colossians 2:15) and will finally defeat him when he returns (Revelation 20:10).

Q: What are some of the ways Satan tries to divide communities?

Q: Why is it important in the fight against Satan to remember that Christ has—and will— get the final victory over him?

Remember that the goal of forgiveness is restoration. Just as Christ loved, forgave and restored us in our relationship with the Father, you, too, can learn to seek restoration with those who have wronged you. You can say, “Enough! I forgive you.”

Maybe God is calling you to seek restoration in your life. Ask yourself:

Q: Consider the above questions. Who do you need to confront, forgive or repent?

Q: What’s one thing you can do this week to remind yourself of Christ’s forgiving love?

Ask God to give you a heart that seeks restoration. Pray for wisdom to know how to avoid heaping guilt on those who have wronged you or your community. Pray for protection against Satan and his deceptive schemes, and for Christ to guard your hearts.

Who Was the Offender?

“The person in view is probably the Corinthian leader of the opposition against Paul, not the offender from 1 Cor. 5:1–5, as is often suggested, since the content of the sin was different.”3

“The New Testament teaches that some offenses are serious enough to warrant corporate church discipline, such as open, unrepentant immorality (1 Cor. 5:1–11), actively spreading false teaching (Rom. 16:17), or divisiveness (Titus 3:10). In such cases there are six stages in successful discipline: (1) The identification of the wrongdoing (2 Cor 2:5), which implies an offending party and sometimes an injured party (7:12). (2) The punishment, which the majority or full assembly administer (v. 6). (3) Pain or grief (vv. 5, 7), which the wrongdoer suffers (v. 7) and in a different sense the whole congregation feels (v. 5). (4) Repentance (implied in v. 6), which is the outcome of ‘godly sorrow’ (7:9–10). (5) Forgiveness (vv. 7, 10), which the whole congregation and the offended party grant. (6) Affirmation (v. 8), which involves publicly reinstating and restoring the wrongdoer to full fellowship within the congregation.”4

“Both the noun translated “comfort” (paraklesis) and the verb (parakaleo) carry many different meanings in the New Testament. In the NIV, they are often also translated “encourage(ment)” (Rom. 12:8; Phil. 2:1; Heb. 12:5).”5 In 2 Cor. 2:7 “comfort” doesn’t mean making someone feel good and relaxed. In means encouraging them in light of hardship or suffering.