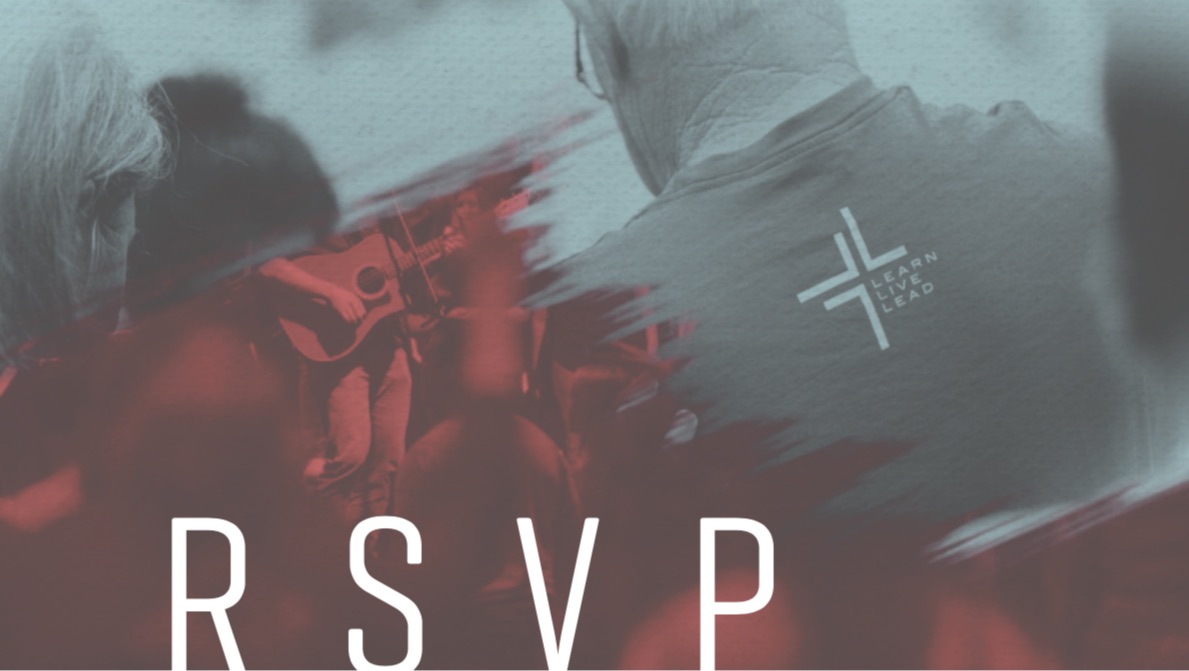 STUDY | Spend the week studying Luke 15:11–32. Consult the commentary provided and any additional study tools to enhance your preparation.

LANDING POINT | Jesus invites me to live by grace instead of living by my rules or trying to work my way to God.

God’s amazing grace is an invitation to a party and everyone’s invited. We’re all invited to live a full and satisfied life with God. But following Jesus doesn’t always feel like a party. Daily we’re confronted with the struggle of living in a broken world and experiencing our own brokenness inside.

Jesus told His disciples, “In this world you will have trouble. But take heart, because I have overcome the world. I have invited you into a life that supersedes any temporary hardship. I’m inviting you to live a life of purpose, passion, and indescribable joy.”

Q: How would you describe grace in your own words?

Q: How is following Jesus both a joy and a struggle?

SQUANDERED AND SPENT IN A FAR COUNTRY

One day Jesus found Himself surrounded by a crowd. The people in the crowd weren’t the religious types. They weren’t the do-gooders who seemed to have it all together. Instead, they were tax collectors and sinners. They had failed at life and were looked down on for it. And, yet, Jesus accepted them.

This infuriated the Pharisees and scribes who looked on from nearby. “How can this man accept people like that?” Jesus overheard the murmurs of these religious leaders and responded to them in an interesting way—by telling stories. One was about a shepherd in search of a lost sheep. Another was about a woman finding a lost coin. The third story was about a lost son.

Once there was a father who had two sons. The younger son asked his father for his share of the inheritance so he could leave the family and travel to a far country. Away from home, he squandered all he had, spending it on reckless living.

FINDING THE WAY BACK HOME

The life of this younger son had gone off the rails. Desperate to survive, he found a job feeding pigs. Day after day he stood in the mud and filth of the pen as the pigs ate. He was alone and hungry. Things got so bad that he even daydreamed about eating with the pigs.

Then he came to his senses. “My father’s servants don’t go hungry. I’ll go back to my father, apologize, and ask to be one of his servants.” So he headed for home. While he was far off in the distance, his father saw him. The father’s heart was so moved with compassion that he ran to his son, embraced him, and kissed him. Before his son could get out his full apology, the father ordered his servants to throw a party to celebrate his son’s homecoming. The lost son had been found.

Q: Recall a time when you came to your senses about where you were in life and decided to make a change.

The father’s older son was out in the field and heard music and dancing back at the house. “What is going on?” he wondered. When he found out what was happening, he was furious and refused to join the party. His father, confused by his reaction, came to him and asked, “What’s the matter?” The older son was indignant. “What’s the matter?! I’ve served you for years and have never disobeyed you, yet you never gave me anything like what you’re giving my brother. He wasted everything and you’re throwing him a party for it!” The father responded, “You’re my son, too. Don’t you see? Your brother has returned. He was dead and now is alive.”

Q: When have you responded like the older brother?

Q: How could the older brother have responded differently?

Jesus’s story is about fences and how each son viewed them. The younger son hated fences. He thought boundaries caused him to miss out on all the fun happening out there in the world. So he jumped the fence, thinking, “There’s something better out there, beyond these confines. I’m going to live life my way.”

Like the younger son, we often jump the fence. Why? Because of our appetites. Each of us has God-given appetites that have been distorted by sin. We long to live full and satisfied lives, but that only happens when we live within the boundaries God has lovingly set up to protect us from sin.

When you choose to live life your way and jump the fence, your appetites become self-centered and insatiable. Whatever you pursue and achieve in life will never be enough. You’ll be ever hungry, but never really satisfied.

Q: In what ways do fences (or boundaries) protect you?

While some jump the fence, others just make it higher. They make a relationship with God about following the rules. They are like the older brother, whose self-righteousness made him think he could earn his father’s love and acceptance. He thought, “If I’m better than everyone else and do more, I’ll be enough and my father will love me.”

Jesus wanted the Pharisees to see themselves in the story. They were the older brother. They had made the fence so high with their legalism that no one could see God. Instead of showing people how to get to God, they posted a sign on the gate, reading, “Keep Out.”

Q: What’s the difference between receiving love and trying to earn it?

THE GATE OF GRACE

If you’re a child of God, you have direct access to God through Jesus Christ. You don’t need to go through someone else—a priest, pastor, or someone more spiritually mature—to get to the Father. You can approach the throne of God with confidence, knowing that the Father hears your requests and will answer in the way that aligns with His will (John 15:7; Hebrews 4:16; 1 John 5:14). You may not agree with His answer, but you can trust that His answer is always what’s best for you or someone else.

Q: What can keep you from understanding Jesus’s message of grace?

Q: How would you live differently if you were more honest about your failures and your need for God’s grace?

We have a natural bent to live like one of the two sons. We’re living by our own rules (jumping the fence) or we’re trying to work our way to God (making the fence higher). But there’s another way. Jesus invites you to live by grace.

Here’s how you can respond to His invitation:

R - Realize your need. Responding to Jesus’s invitation begins with humility and admitting you have a sin problem you can’t solve on your own. You can’t save yourself.

S - Say you’re sorry. Jesus calls you to repent from your sin. To repent means to “change direction.” It’s a change of heart that leads you to turn away from sin and towards God

V - Verbalize your trust. Jesus also calls you to believe. To believe is more than knowing all the facts. It’s putting your trust in who He is and what He has done for you.

P - Plunge your past. Baptism is a way of going public with your faith. It symbolizes the death and resurrection of Jesus that made it possible for you to come home to the Father.

Q: Do you tend to live more like the younger or the older brother? Explain.

Q: Where in your life do you need to repent and believe?

Spend time meditating on God’s grace. Consider the fact that grace is both free and costly. It’s freely given to you, but it was paid for with the precious blood of Christ. Pray for an understanding of His grace that changes the way you think and live.

Tax collectors were lumped together with sinners because they “were among those who were ostracized because their work was considered dishonest or immoral. They were also considered to be instruments of the Roman imperial power.”1

“The younger son insults his father with this request. The Mosaic regulations discuss distributing inheritance only after a person’s death (Num. 27:8–11; 36:7–9), and later Jewish writings explicitly discourage any such discussion before a person’s death.”2 Esssentially, the younger son was telling his father, “I wish you were dead.”

We must be aware of our sinful tendency to use God for our own selfish means. Tim Keller says “you can rebel against God and be alienated from him either by breaking his rules or by keeping all of them diligently. It's a shocking message: Careful obedience to God's law may serve as a strategy for rebelling against God.”3