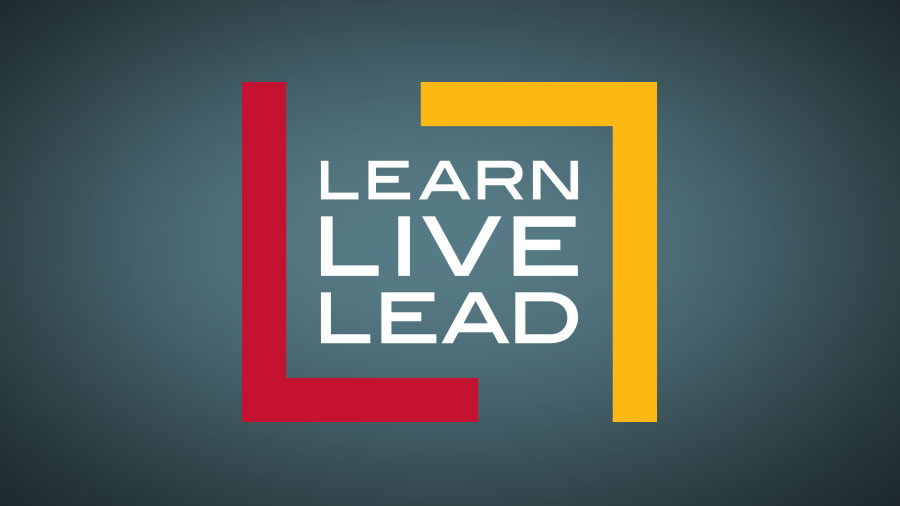 STUDY | Spend the week studying Matthew 6:9–13 and Colossians 2:13–15. Consult the commentary provided and any additional study tools to enhance your preparation.

LANDING POINT | The kingdom of God is the place where God’s character and values are lived out by His people.

Chances are you’ve heard of or said the Lord’s Prayer (Matthew 6:9–13) countless times. For many the prayer has become stale, something your basketball team said prior to a big game or your family recited before dinner. But the Lord’s prayer is anything but stale. It’s explosive. Jesus didn’t give His disciples something to memorize and repeat in a rote way. Rather, He gave them an example to follow of how you can approach God and pray from the heart.

When Jesus taught His disciples how to pray, He gave them a vision of life with God at the center. The prayer begins by focusing on who God is. He is our Father. He is holy, and His name should be honored. Out of this comes a desire for God’s kingdom to expand and for His will to be done on earth just as it is in heaven. In other words, Jesus taught us to pray, “God, may up there come down here!”

READ: Matthew 6:9–13 as a group, then rewrite the prayer in your own words.

Q: Describe someone you know who lives with God at the center.

Jesus talked about God’s kingdom a lot. In fact, it was central to His teaching. When Jesus launched His ministry, He began by proclaiming good news: the kingdom of God had arrived with Him (Mark 1:14–15).

This is only good news if we understand what the kingdom of God is. Interestingly, Jesus never defined the kingdom of God. Instead, He described it through metaphors and parables. Jesus’s descriptions show us that God’s kingdom is the place where God’s character and values are lived out by His people. The kingdom is about experiencing God’s sovereign reign over your life and in history.

Q: Recall a time when you experienced God’s control over your life.

Q: What happens to your witness when you fail to live out God’s character and values?

Jesus invites you to enter the kingdom of God and experience life as it was meant to be lived, with God at the center. But there’s a problem: sin. We don’t want to serve a king. We want others—including God—to serve us. Sin makes us self-centered. We think we know what’s best for us and how to rule our own lives. Instead of living in God’s kingdom, we prefer to live in our tiny kingdom of one.

Q: How does sin keep you from experiencing life as it was meant to be lived?

Q: What are some examples of how to live in a tiny kingdom of one?

SOMETHING BIGGER AND BETTER

Jesus calls us to live in a bigger, better kingdom than the one we might build for ourselves. God’s kingdom is like no other. Paul David Tripp puts it this way:

The beauty of the work of Christ is not only that in His life, death and resurrection we are offered forgiveness forever, but that with it we are welcomed into the kingdom of the universe’s most powerful and only perfect king. He blesses us with what no human kingdom can ever give. He showers us with forgiveness, reconciliation, peace and hope. [...] He teaches us what it means to rest in His kingship and to live for His glory. And He encourages us with the truth that His kingdom will never, ever end.1

Q: How is Jesus different from other kings?

The kingdom of God is the place where God’s character and values are lived out by His people. When we live this way, we lead radically different lives under the rule of a king like no other. Jesus calls us to do this so that those around us might see lives and communities filled with the love, joy, hope and peace that only Jesus can give.

In many ways the kingdom of God is the backwards kingdom. If you spell ‘kingdom’ backwards you get: MODGNIK. Let’s look at some of the ways Jesus calls us to live differently in His kingdom using this new word.

More is less. The life pursuit of so many is to get more—more power, wealth, influence and honor. But Jesus says, “The way to find more is by becoming less. If you want to be full, you must empty yourself and give up control over your life and surrender it all to me.”

Others come first. Instead of a “get what’s mine” attitude, Jesus says to look out for the interests of others. See to their needs first.

We Descend into greatness. Not only are you to give up control over your life, but Jesus also says to let go of your ego. Admit that you aren’t the center of the universe. Greatness is something you descend into by humbling yourself.

Generosity flows. Other kingdoms are about building, conquering and accumulating more. Not God’s kingdom. Jesus wants you to discover that the path to real joy is not by getting more, but by giving more away.

It’s Not about us. Life isn’t ultimately about you. It’s about God and His glory. All else is worthless compared to the beauty and splendor of a life lived for Jesus. In the words of poet and missionary Charles T. Studd,

Only one life, yes only one,
Now let me say, “Thy will be done”;
And when at last I’ll hear the call,
I know I’ll say “twas worth it all”;
Only one life, ‘twill soon be past,
Only what’s done for Christ will last.

We are Inclusive. Jesus described the kingdom of God like a great banquet filled with joy, laughter and celebration (Luke 14:12–24). God’s kingdom isn’t an exclusive event for the rich, famous, powerful and morally upright. It’s an open party, and Jesus wants everyone to come.

We behold our King on a cross. Jesus became king in the most extraordinary way. He won by dying. He surrendered His life and exchanged it for yours. At the cross, Jesus experienced the unimaginable terror of God’s wrath for sin and took the punishment we deserved for our rebellion against God.

Living in God’s kingdom means following in Jesus’s footsteps—even if they lead to suffering. You cannot live like Jesus unless you’re ready to suffer for Him.

Q: Name one thing God may be calling you to give up and surrender to Him.

Q: What’s one thing you can do this week to put others first?

Q: How does suffering shape your character to be more like Jesus’s?

REST UNDER HIS RULE

Not only do we behold our King on a cross, but we also behold our King in victory. Jesus rose from the grave, which proved His power and authority over our greatest enemies—sin, death and Satan.

Jesus is your victory, and that gives you hope in everyday life. You don’t have to be king. He wants to relieve you of that great burden and the anxiety that comes with it. Instead, He wants you to rest under His rule. He wants you to trust that He is in control in all circumstances, good or bad. He is patient as He works on your heart, which is often slow to learn and obey. He protects and supports you with a tender, fatherly love.

READ: Colossians 2:13–15. How does Paul call your attention to Jesus’s power, authority and victory?

Q: What’s one area in your life where you need to rest under God’s rule?

Ask God to speak a word of truth to you about His kingdom. Open your heart to hear whatever His Spirit says. Receive His truth and ask God to show you how to apply it.

For Jesus to address God as Abba (“Father”) and to call His disciples to do the same was something unheard of at the time. Jesus wanted His disciples to know the kind of God to whom His disciples were praying and what kind of relationship they had with Him. God isn’t some celestial, far off being. He is personal. God isn’t a vengeful, terrible tyrant. He is caring, the benchmark of a truly loving father.2

Matthew 13:1–52 contains numerous parables about the nature of God’s kingdom. Jesus tells His disciples how they should live under His spiritual reign as His servants until His second coming. “Kingdom citizens must endure in the midst of evil and opposition, while the kingdom grows in power and influence, until justice and reward are dispensed in the final judgment.”4