Beauty from the Mess 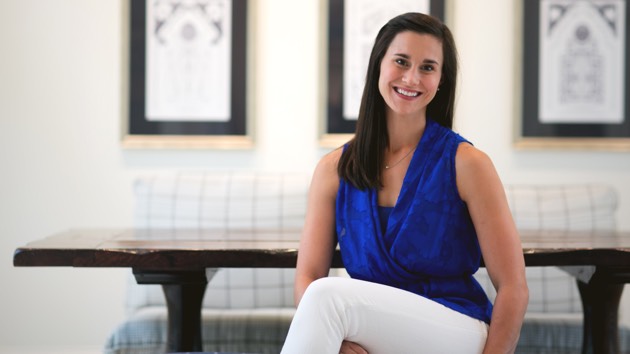 You may have heard my family's story on Easter Sunday: My son Samuel was stillborn, but through prayer God gave him life. But my testimony begins years before that miraculous event.

I grew up in a family where God was just a Sunday morning activity. When I was 14 years old, my parents divorced, and my perfect world shattered. I was broken and left to pick up the pieces, but I didn’t know how. I gradually became more and more depressed on the inside, which I hid from my family and friends. Even worse, I began cutting myself. Superficial at first, but as the years went on and my depression worsened, the cutting turned into self-mutilation, leaving scars that I still have today, over a decade later.

I never once asked God for help — I was doing it on my own and failing. By the beginning of my senior year, I had gone off the deep end. I was suspended from school for drinking at homecoming, and my life began to unravel even more. Two months later I was caught cheating on my calculus homework. I was pulled from class and told to go to the dean of student’s office. I quietly collected my things, and instead of going to her office, I headed straight for my car.

Life had become too much for me, and I had to make it stop. I drove home and began drinking and taking every pill I could. Eventually, I realized what I was doing and became scared. I called 911, but was hysterical at that point and the operator couldn’t understand me. I remember thinking that I was going to die while trying to spell my street address.

I drove home and began drinking and taking every pill I could.

The last thing I remember is a peace washing over me — a peace that could only have been from heaven, seeing as that I was so upset I could barely catch my breath. Then God said to me, “Lie down. I’ve got this.” God knew I was in over my head and that He was the only way I could be saved.

The paramedics managed to get to me just in time. They found me unresponsive and had to intubate me on my kitchen floor. I wish I could say that when I woke up in the ICU the next day I was a changed person. Unfortunately, I had a long battle ahead of me.

Over the next few years, God worked quietly in my life. I found myself at Mississippi University for Women (a school I had never heard of), pursing a bachelor's degree in nursing (a career I had never thought of). There I began healing both physically and mentally. At the time, I would not have given credit to God for all this, but those decisions were God's decisions for me. Just as it says in Psalm 23, God led me beside the still water, and He restored my soul.

In the fall of 2011 (six years after my suicide attempt), God led me to my husband. It was by divine intervention. I was working one Saturday at St. Dominic Hospital. It was a shift I never should have been working, but I was filling in for a friend. Mohit was rounding at St. Dominic because he was on call — he typically only saw patients at Baptist. And of all the patients in that hospital, Mohit saw one of mine. We started dating, and Mohit took me to Pinelake.

At Pinelake, I realized that God was so much more than a Sunday morning activity. I began a relationship with God. I began living with God, praying to God and reading His Word on a daily basis. And the following fall I accepted Jesus as my Savior and was baptized.

I can say — without a doubt — that I’m alive today a changed person because of God’s mercy. I tried to do it on my own for so many years, but only managed to make a bigger and bigger mess. God saved me and redeemed me. I used to be filled with self-hatred, helplessness and hopelessness. I felt rejected. But to know me then and to know me now is to know two different people. I have been renewed and restored in Christ. I have joy in my heart and a sense of peace and belonging.

I can say — without a doubt — that I’m alive today a changed person because of God’s mercy.

God never leaves you. He is faithful through it all. I want girls to know that God has bigger and better plans for them then than they have for themselves. God wants to take you and your mess and make it into something beautiful.