Finding True Worth in Christ 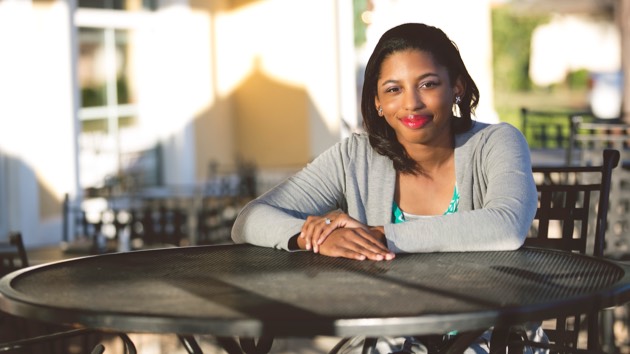 When I was 10, my mother and I faced eviction from our apartment. We’d struggled a little throughout my childhood — ever since my dad had moved to Ohio. Still, up to that point, I believed we had a pretty good life. But that bubble popped with the eviction, and the reality set in about how hard life can be. Sometimes we’d have things shut off; sometimes we’d just scrape by. It left me feeling really insecure.

Growing up, I believed that if bad things happen to people, it’s because they did something to make God mad. All these struggles caused me to wonder if God truly cared about me, if He truly valued me. Those sorts of feelings spilled out into how I saw myself as well. When I became a teenager, it was like a switch went off. I mean, it was like one day I didn't care as much about how I looked and didn't give much thought to guys, and then the next day, I woke up and I was so self-conscious about how I looked. I wanted so much to be accepted.

Because of my low self-esteem, I convinced myself that I was ugly. I really craved a boy’s attention, which tainted my whole middle school and high school years. By my freshman year of high school, I was totally lost and insecure. I based my self-worth completely on what other people thought of me. The whole time, I never sought the One who could show me my true value because I didn’t really understand the Gospel.

At 18, thanks to a ministry I found through social media, I began reading the Bible very slowly and deliberately. I’d gone to church some as a child, but I’d never really understood what God says in His Word. As I read, I found over and over again how God says He loves us — and He did so first by giving up His Son (1 John 4:9–10). That proved to be the key that helped me understand.

One night I told God, “I can't do everything by myself. I need You.” That was my simple, heartfelt prayer. I understood that I was a sinner in need of a Savior and that Jesus is sufficient for me! My belief in Jesus is important because He is the only reason I'm alive and get through every day. He loves me and opened my eyes. He has given me purpose.

When I look back on my struggles, I see how I used to worry myself sick over everything — even when it worked out just fine in the end. I’ve been through a lot in my short 20 years, but I see much more clearly how God has always taken care of me. I am still standing and still breathing, and I still have all I need because of Him.

I am still standing and still breathing, and I still have all I need because of Him.

Most of all, I see how emotions can lie. I’m a naturally emotional person, and I let my emotions get in the way a lot. But I now understand that even though emotions may change, God doesn’t.

No matter how I feel now, I know that God has chosen me. I used to wonder how God could love me. I used to think He didn’t care because of what happened to me. But now I know the truth — He’s for me.

I finally realized that God defines my worth — not people. He made me His own.