I Have Cancer. I Have Jesus. 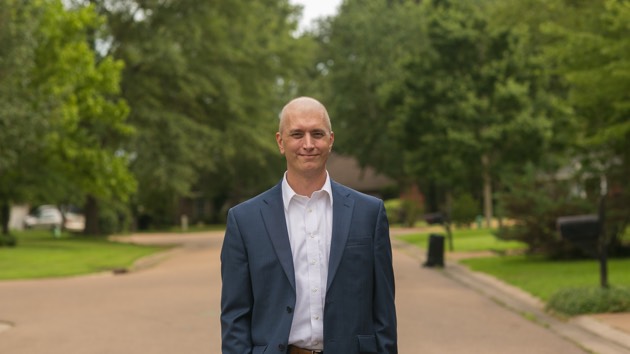 That’s such a big thing to hear. Cancer. When I was a kid, that was a polite way of saying someone was dying. When I heard the news, that is literally all I heard: You’re dying. That’s not what the doctor said, but that’s what I heard. I got on the internet and read all the worst-case scenarios, and it just reinforced it.

I’m too young. And healthy. This can’t be right. This had to be a mistake. What about my plans? What about the life I wanted to live?

Right after I found out, I went to a really selfish place. I wanted to wrestle back control of my life from Jesus and do all the things I wanted to do. During this struggle, while I was praying with tears on my face, the story of Shadrach, Meshach and Abed-nego popped into my head. Three teenage boys facing death. And they told King Nebuchadnezzar, “Our God can save us from you, but even if He doesn’t, He’s still our God!”

Shadrach, Meshach and Abed-nego replied to the king, “O Nebuchadnezzar, we do not need to give you an answer concerning this matter. If it be so, our God whom we serve is able to deliver us from the furnace of blazing fire; and He will deliver us out of your hand, O king. But even if He does not, let it be known to you, O king, that we are not going to serve your gods or worship the golden image that you have set up.” (Daniel 3:16–18)

That’s when it hit me. My God can save me from cancer, but even if He doesn’t, I still have to give Him complete control. He’s still my God.

From that moment on, the cancer got a lot smaller. Not just in my mind, but everywhere. The scans showed the cancer hadn’t spread. The surgeon said that he wouldn’t even call it a “tumor,” just a “shadow.” The doctors called it “curable” — although the cure is supposed to be one of the toughest treatments of chemo they prescribe.

I have chemo. Cancer may not be so big. Now, that chemo treatment? That’s big. Only, it really isn’t. It’s supposed to be. But after every treatment, the doctor is surprised by my response: few side effects, most of them manageable. I’ve had nothing major other than one bad run of mouth sores that healed way faster than they expected. He actually called in the nurse who first treated them to show her how fast they healed. That’s the power of prayer.

I have been encouraged, sustained and energized by the prayers of so many people in my life. A day doesn’t go by where I don’t get three or four texts from people praying for me. The elders of the church prayed over me. My friends pray for and with me all the time. And it has worked in the most amazing ways. Chemo’s not so big either.

I have been encouraged, sustained and energized by the prayers of so many people in my life.

I have cancer — and I have Jesus.

And Jesus is so much bigger than all of this cancer and chemo stuff. He hasn’t hesitated to show me His great love for me. I see it through all the people around me who love me. I see it in how He is continually healing me. That’s what our God can do!

I have Jesus. And He is walking through this furnace with me.