Where Our Treasure Is 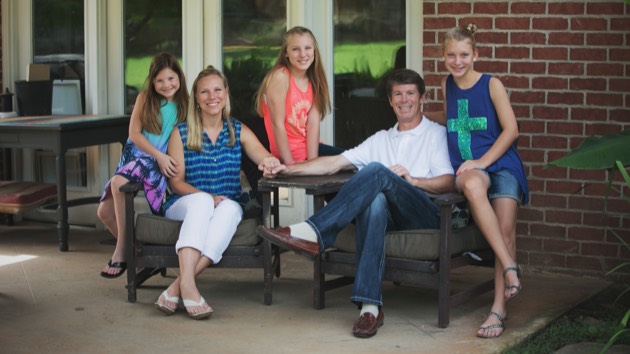 I will never forget how miraculously God provided for our family.

At the beginning of 2013, our company began to use savings. By August those had been completely used up, and we were not getting a paycheck at all. My wife, Lindsay, had been trying to find job, and that month one opened up that would allow her to work and still get off in time to pick our girls up from school. Even with that, though, we had to use our retirement savings to live on.

We never stopped believing that God would take care of us, even though we were taking a hit and giving up our “earthly treasure.” Lindsay kept bringing us back to one important verse: “Do not store up treasure on earth but in Heaven.” Our retirement kept us afloat for the next several months, but by November we were completely out!

It was the third week of the month and everything was due. By faith, Lindsay had written the checks but had not put them in the mail yet. While at church that Sunday, Chip stopped the music and said that he felt there were some in the room who were having financial concerns. He asked them to come down and let the church pray over them. God moved our feet, and we joined many others as well. The prayers they spoke over us were amazing. We do not know how many were behind us, but it sounded like a million. We knew at that moment — with the support of so many — that God was in control of our situation!

We knew at that moment — with the support of so many — that God was in control of our situation!

At the end of that service, someone walked down with an offering basket in hand and placed it at the altar. Immediately, hundreds of people began to get up and place money in the basket. It was such a movement of God! Chip seemed in awe as well, as he returned to the stage and said this money would be prayed over by the senior leadership and given to those in need.

After we had shared our story, I got a call from the church a few days later with some amazing news. When Lindsay came home that evening, she came home to a very shocked and humbled husband. Someone from the church had just dropped off enough money to pay our bills exactly, plus enough for us to grocery shop. In fact, many others in the church helped financially as well — each of them poured encouragement into us.

This was so out of our comfort zone. We did not want to accept the money, but they wouldn’t take no for an answer. We were in tears praying and thanking God and so overwhelmed by His goodness and how well He provided for us through our faith family.

Our story reminds me of the Israelites in the wilderness when God provided only enough manna for each day (Exodus 16). That is exactly what He did for us during this nine-month period. Every single month He provided for us by a variety of people who said God had placed us on their hearts. One man showed up to my office and said, “Casey, I think in terms of mortgage, and God placed two months of your mortgage in my account. Here is a check for that!” I cannot even explain the feeling I experienced that day! One other couple in our church continuously showed up unannounced to our door and would say, “We want you to have this.”

I really believe I got to see Jesus in person through the love of those in our church.

I really believe I got to see Jesus in person through the love of those in our church. Each month, through them, God gave us just enough and at exactly the right time. This is the way God works. He wants us to trust Him — and have faith in what seems impossible to us.

By summer, our faith had grown so much that we stopped worrying. We knew God was going to take care of us. Despite the difficulties that could have pried us apart, Lindsay and I grew closer.

We have learned so much in the last five years about how to live with less and be much happier. Above all else, God wants you. He wants you to be faithful to His Word and to fully trust in Him. He will do what He promised. You just have to believe it!

We have been so blown away to see God’s work in our lives!